We put our poultry supplement and probiotic, Big ole Bird, to the test with two, third-party performance studies done by poultry science programs we knew farmers could trust—the College of Veterinary Medicine at the University of Georgia and the Southern Poultry Research Group.

We’ve all seen the outlandish claims products make on infomercials or dramatic advertisements. Usually, it doesn’t make me want to buy a product, it makes me hold my wallet a little tighter in skepticism. As consumers, we want to know products are trustworthy and are actually going to do what they claim.

When we founded Southland Organics in 2009, we did it because we knew there were solutions by God’s design in nature for the things that perpetually caused death and disease in our world. When it came to chickens, we focused on building up strong natural defenses by way of the immune system. That’s where Big ole Bird got its start.

Over the years, we kept getting these amazing reviews...people would say things like, “you’re our secret weapon” or even, “you saved our farm.” While those are amazing things to hear, and helping farmers is why we exist, we wanted to test the science behind these accolades.

Our first trial was in 2016. It tested male Cobb-Vantress chickens that were challenged with necrotic enteritis caused by Clostridium perfringens (something many of you have dealt with in your own farms).

The experimental group that was challenged and given Big ole Bird showed a significantly better feed conversion and lower mortality than challenged birds that didn’t receive Big ole Bird treatment. Here’s what they found:

Later, we noticed a pattern in comments from our poultry customers’ vets about birds’ bursas, the sac-like lymphatic organ in poultry.

The pattern prompted us to commission a trial in 2018, testing if bursas are, in fact, the how behind Big ole Bird’s positive effects in poultry immune systems.

The trial was held in a SPRG poultry house testing facility with conditions similar to those in commercial broiler houses.

One pen was used as a control with no additional supplements given. The second pen was treated with Big ole Bird in the drinking water.

Similar to human bone marrow, the primary purpose of bursa is to produce antibodies—the natural defense system that fights off harmful bacteria and disease.

Traditionally, a higher bursa to body weight ratio is considered good. Typically, the ratio increases in the first few weeks in meat-type birds due to stronger bursa development and growth. Past studies have shown that the ratio begins to decrease around week 6 due to bursa stabilization and increased body weight.

Body weights were measured at Day 17 and Day 38. No significant differences were seen at Day 17, but at Day 38, weights were significantly larger in the group treated with Big ole Bird. The birds administered BoB saw nearly an extra half pound of weight gain! Y’all know that translates to profit for you, as the farmer. Not only that, but the birds treated with BoB had a seven point feed conversion ratio improvement! Y’all know that these results translate into real cost savings and profit boosts for you.

So, with both of these studies, we have some real results that show Big ole Bird leads to an improved feed conversion ratio, decreased mortality and increased weight gain.

We’re not here to blow smoke or distort reality. Good reviews are awesome, and we want to know if your operation is better because of a product we provide—PLEASE let us know.

But, we are people of our word, and we had to know the science behind the success.

If we can help you make your farm stronger with a natural solution or you simply want to chat and learn more, connect with me, Allen Reynolds, at 800-608-3755 or [email protected].

And if you haven’t subscribed to our YouTube Channel yet, be sure to! You’ll get notifications of new videos as soon as they’re uploaded, and you won’t have to wait for our email to bring them to your inbox (we all know emails can get cluttered quickly). We’re here to bring you helpful content as much as possible! 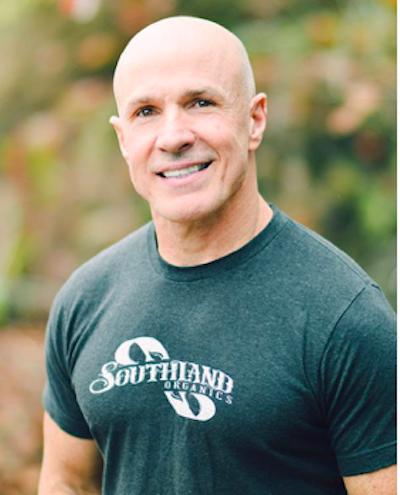 Allen Reynolds
Poultry Development
Allen has worked in the poultry industry for 15 years, gaining experience in raising birds, house operations, equipment and bird health. As our Poultry Development Rep, he is passionate about improving the lives of farmers through natural poultry solutions and education. In addition to outstanding customer service and superior poultry support, he is also involved in helping growers through our Poultry Biosecurity Youtube Channel. Allen works to stay up to date on the latest industry news to bring relevant topics to our subscribers. He is often seen as the host, sharing profitable tips and tricks to poultry farmers. Outside of the office, Allen enjoys working on the farm, scuba diving, and riding dirt bikes.