Portable toilet and pumper companies were facing increasing resistance and escalating regulations from operators of wastewater treatment facilities concerning the composition of chemicals being pumped into the systems from the tanks of the pumping trucks. Companies using formaldehyde, or formaldehyde-based odor control products were the main target. Many products being used would create two major problems for the treatment facilities. The introduction of many of the toxic products into the treatment system would cause “biological kills” of the bacteria being used to degrade the solid waste and control biochemical oxygen demand (BOD) in the facility. These toxic products in the effluent would also create unacceptable water release problems for the facilities. Also contributing to the need to find an alternative product was the fact that most of the products on the market were hazardous to handle, and in some cases, actually fatal if ingested, even in very small quantities. The companies were faced with a two-fold problem. First, they had to have a safe, effective product to control the odors in the portable units. Second, they had to find a product that would be readily accepted by the operators of the wastewater treatment facilities. Most companies had tried natural products that would be acceptable at the treatment facilities but found the products to be ineffective in controlling the odors in the portable units.

We were approached with the opportunity to show how Southland Organics’ Port was much more powerful than anything else they had tried. The initial field tests were conducted with the assistance of Waste Management. The tests were conducted in southeast Georgia in the month of July. Average daily temperatures ranged 90 to 96 degrees F. The relative humidity was consistently above 90% during the test period. The Port product was found to be extremely effective in controlling odors emitted by the portable units. With a system charge of the Port product, one heavily used test unit was not pumped for 14 days. No offensive odors were ever-present in the unit. The unit eventually had to be pumped and cleaned because it had reached volume capacity and near overflowing levels.

Port is not a masking agent that simply covers up unpleasant odors, particularly hydrogen sulfide odors. It actually reduces the effluent’s ability to produce the odors.

Not only is PORT accepted by all wastewater treatment facilities, but it also provides a residual benefit to the effluent at the treatment plants by helping to control hydrogen sulfide odors and corrosion along with contributing to a measurable reduction in total suspended solids (TSS) and BOD at the plant. 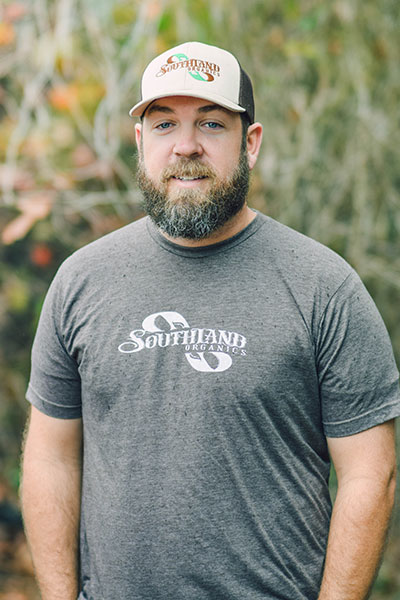 Brad Broxton
Turf and Waste Sales, Spray Squad
Brad is the Turf and Waste Development Rep at Southland Organics. He loves helping landscape professionals overcome biological challenges in their industry. He has also championed the success of numerous national parks through eliminating biofilm and odor. Brad’s commitment to customer-centric service is the driving force behind long-term customer relationships. He has spent the last 5 years in the turfgrass and wilderness waste industry, gaining experiences in areas such as lawn care programs, erosion control, and bioremediation. While solving biological problems is his primary job function by day, Brad also enjoys fishing and baseball.