"Vault Toilet" Meaning: A Step Up from the Pit

For sites with drivable road access but no running water, the common backcountry solution is to use a vault toilet. 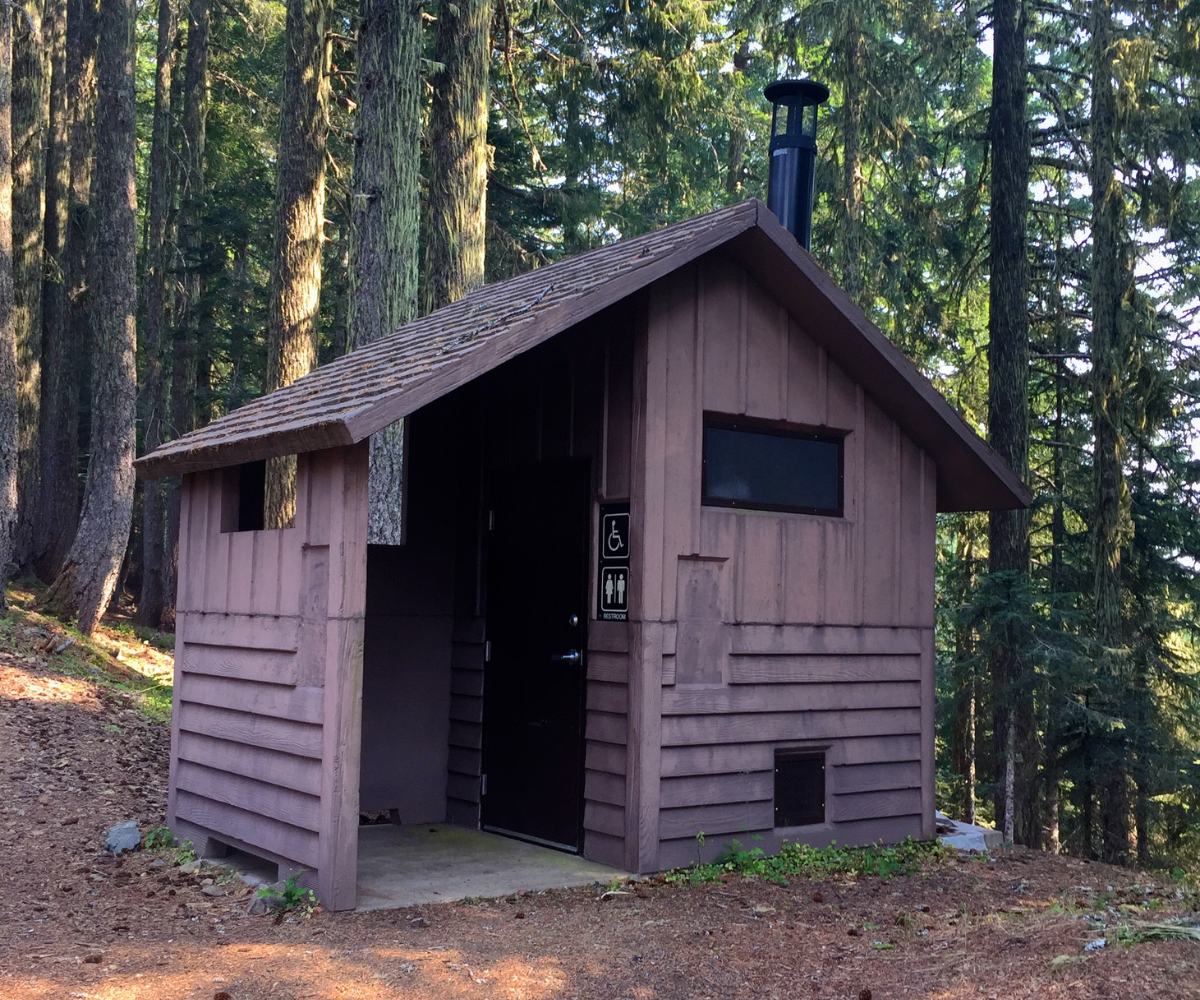 What is a vault toilet? Vault toilets are waterless toilets that collect waste in an underground tank or vault. These non-flush toilets are commonly found in remote areas like campgrounds and national parks. Vault toilets are also sometimes called "camping toilets" or "vault privies."

While the underground vault is usually between 750 and 1,000 gallons in size, it can go up to 13,000 gallons. These vaults are pumped out periodically, and the waste is hauled out to municipal wastewater treatment plants.

There are various types of vault toilets, including concrete vault toilets and plastic vault toilets. The most popular type of vault is made of reinforced cross-linked polyethylene. This material will not crack or leak, so it meets all environmental standards.

In a typical vault toilet installation, the vault is buried underground with a concrete slab poured directly over it. Most vault toilets are about five feet deep. The building is installed on the slab with connections to the vault for the toilet and vent pipe. This type of system provides a permanent, odor-free and accessible toilet at a fraction of the cost of site-built structures.

Prefabricated vault toilet choices range from buildings made of cross-linked polyethylene (which is the same material as the vault itself) to wood frame construction to reinforced concrete structures. Single, unisex and double vault systems are available. Concrete designs are often chosen for their superior durability in vandal-prone areas.

A pit toilet, or pit latrine, is essentially a hole dug into the ground. Pit toilets, like composting toilets, are waterless. While the primary purpose of a pit toilet is the same as a vault toilet—to store waste—there are distinct differences between the two. 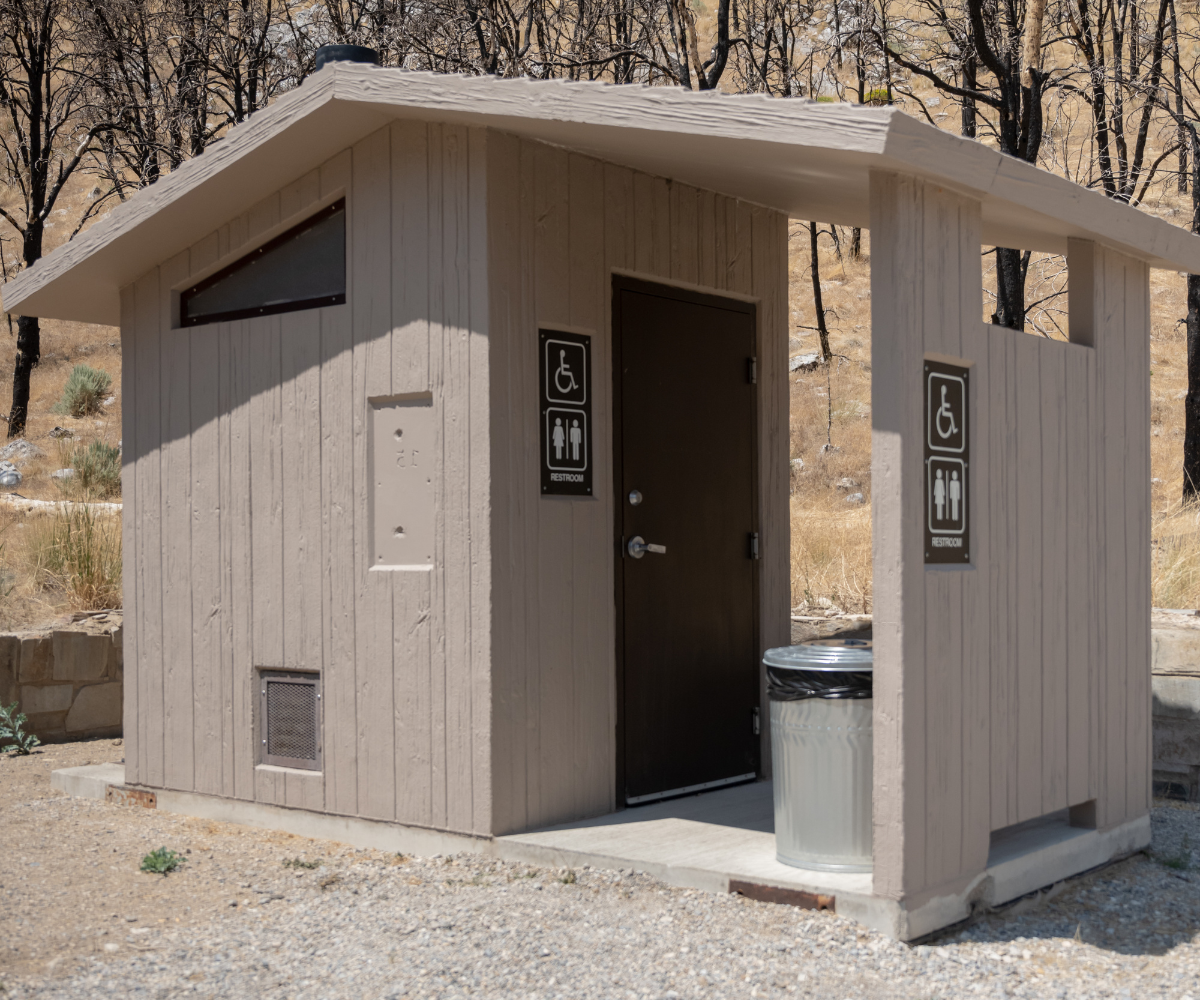 that is pumped out periodically. With a pit toilet, the waste remains in the hole, and over a period of many years, the solid waste forms a growing pile that fills the pit.

If sufficient moisture is available, natural bacteria within the waste begin fermentation. Earthworms, amoebas, molds and other organisms in the surrounding ground soils and flying insects entering the privy hole also consume nutrients in the waste, slowly decomposing the waste and forming a compost pile in the base of the pit.

Pit latrines are becoming far less ubiquitous in America’s parks than they once were. Due to environmental regulations and the improved sanitary benefits of vault toilets, pit toilets are gradually being replaced by the similar but more advanced vault.

In the world of waterless toilets, a vault toilet is surely a step up from the pit, which gives the vault toilet meaning and uniqueness.

Thanks to research by the U.S. Forest Service, vault toilets do not have quite the “odoriferous emanations” they could have. using a vault toilet

How does a vault toilet work? The buildings are designed with a vent system so that fresh air naturally flows through the building and out of the vault and vent pipe. The U.S. Forest Service calls this concept the "sweet smelling toilet (SST)." Because of this, using a vault toilet is typically much more pleasant than other waterless toilets, like pit toilets.

While the SST concept significantly helps combat the not-so-pleasant smell that could be associated with such toilets, certain environmental conditions can prevent the design from functioning properly. 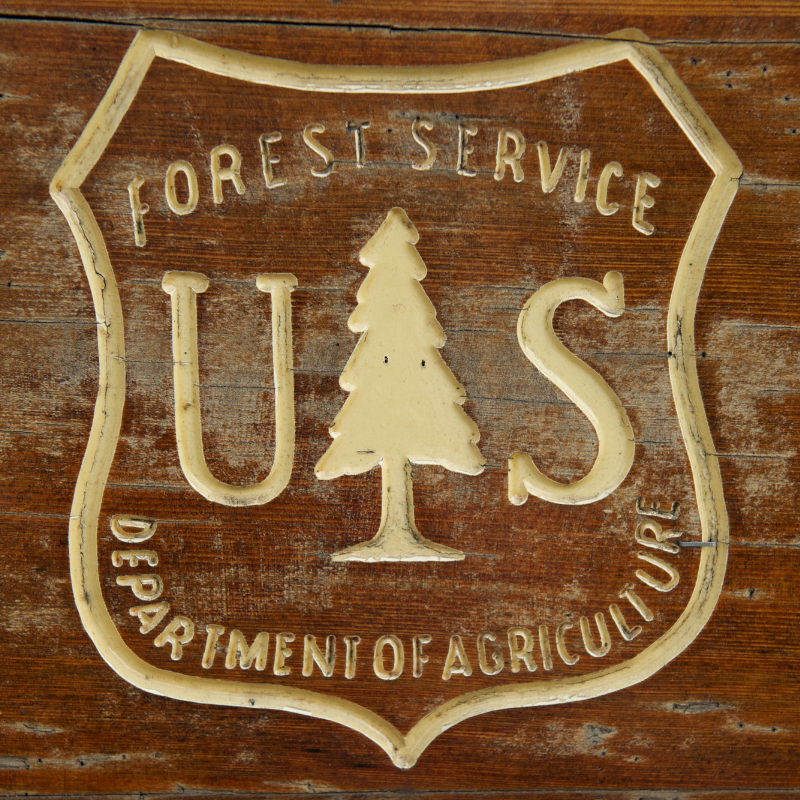 A total lack of wind can cause even a perfectly ventilated vault to have a “green cloud” settle around it. That green cloud may then slowly drift into nearby picnic areas, making the picnickers' sandwiches seem not quite so tasty.

The sweet smelling toilet concept also depends on the sun warming a vent stack in the roof of the vault toilet structure. When the sun warms the vent stack, rising air in the large vent pipe pulls the smelly air out of the building. While this vault ventilation system works well in sunny areas, it doesn't work as well in heavily forested or perpetually cloudy locations.

A Natural Solution to a Very Natural Problem

It doesn't get much more natural than the problem at hand. But no one wants to deal with an unpleasant smell—especially not those trying to enjoy the great outdoors in places like campgrounds or national parks where vault toilets are typically found.

So what can be done when vault toilets smell? Or better yet, how can vault toilet odors be prevented altogether so that no one has to catch a whiff of that foul smell? 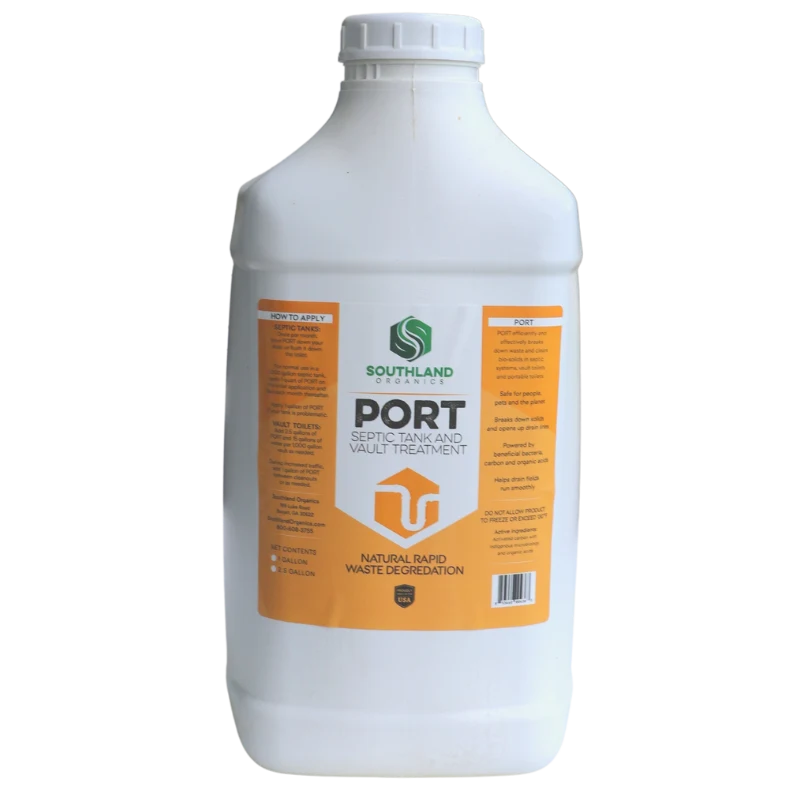 PORT to the rescue! PORT, which stands for Portable Outdoor Restroom Treatment, is a powerful solution that provides rapid waste degradation and odor control.

By encapsulating the hydrogen sulfide and ammonia that cause most of the odor and adding biology that “muscles out” the odor-causing bacteria, PORT can eliminate odor in even the most horrendous-smelling vault. It also helps accelerate the decomposition process, breaking down solids and making the vault easier to pump.

To eliminate odors and break down solids and sludge in vaults, PORT leverages three core features: microbes, acids and carbon.

The added beneficial microbes in PORT help decompose waste without harming the environment. This active, aerobic microbiology works against anaerobic bacteria in tanks to clear solids and eliminate odors. 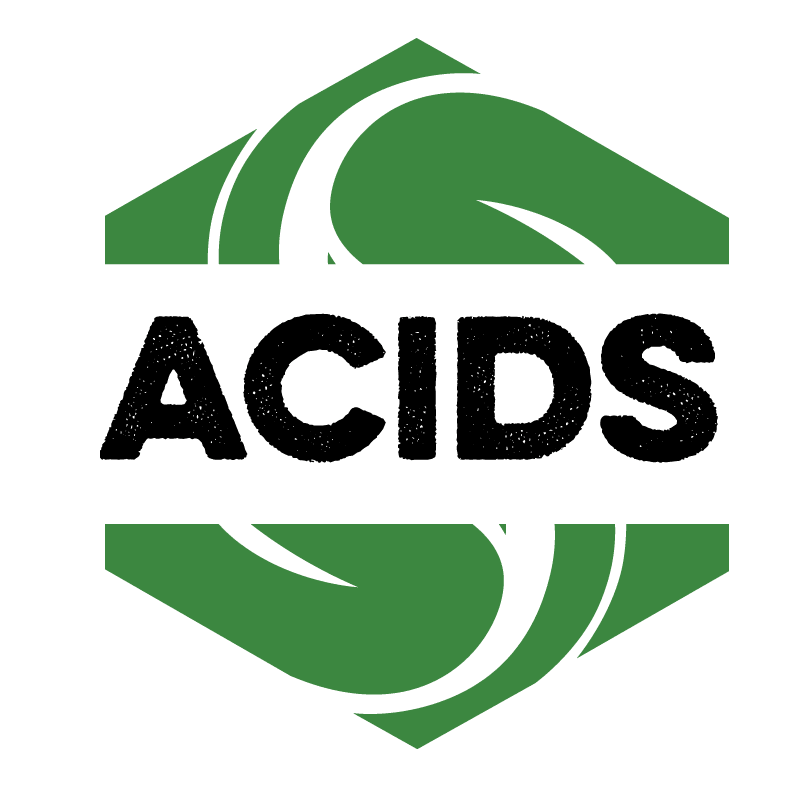 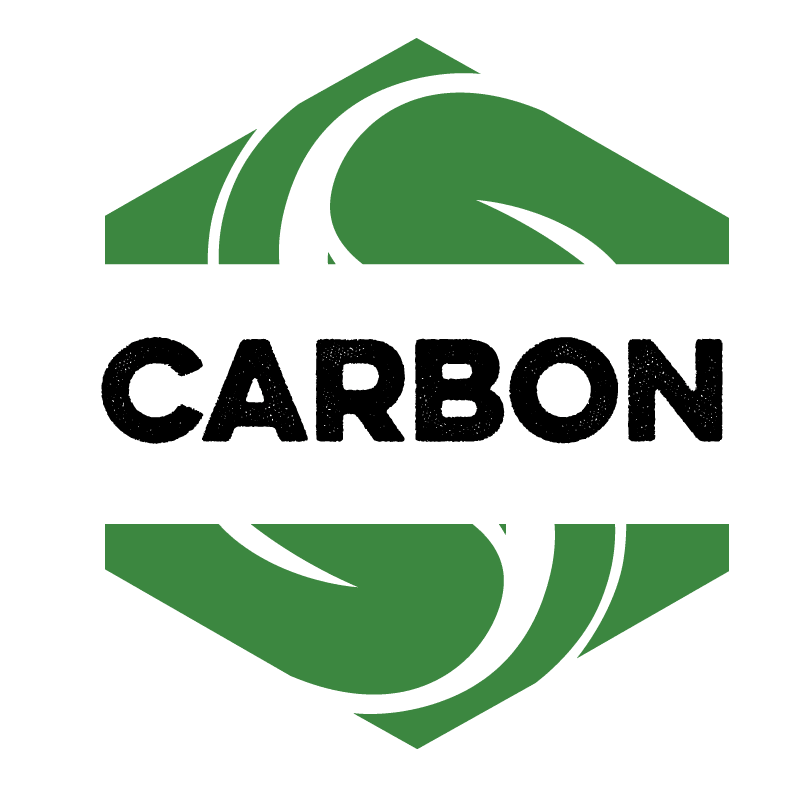 In terms of waste management, carbon has three main functions.

How to Use PORT

Add 2.5 gallons of PORT and 15 gallons of water per 1,000 gallon vault as needed. During increased traffic, add 1 gallon of PORT between cleanouts or as needed.

PORT should be added when the vault has been freshly pumped. The vault can then be left to fill to capacity without any additional product being needed. Additional water may be needed if solids begin to exceed the water line.

To learn more about using PORT for vault toilets, contact us at success@southlandorganics.com or 800-608-3755.

Parts of a Chicken Egg: Composition and Fertility

If you raise chickens, you know that a scrambled egg in the morning can be an excellent source of protein, healthy ...

Basic knowledge and understanding of the agriculture industry and the ...