Here at Southland Organics, we help growers find effective, natural solutions for natural problems at a molecular level. Our goal is to help your farm be as strong, secure and successful as possible.

Is there ever a day on your farm when you aren’t troubleshooting? Things always seem to need attention, and the causes and solutions are not always clear. As a farmer, being able to troubleshoot is one of the greatest skills you can have!

In this video, Allen goes through the troubleshooting process. He covers a few specific things you can pay attention to and some questions you can ask yourselves whenever you're problem-solving on your farm.

Now, diagnosing problems, from electrical issues to mortality issues, can be frustrating. An old farmer shared with Allen that the best thing you can put on your farm…is your shadow. YOU are the greatest asset to your farm’s operation, and you can’t diagnose a problem if you’re not around to notice and observe small changes that indicate bigger problems.

We have heard many growers talk about the importance of a five gallon bucket. Take that thing in the house and sit on it and watch those birds—that time will be well spent if it leads to solving a problem.

Diagnosing problems is often about patience, observation and elimination.

Allen shares an example from his house. He had what he thought was a bad breaker.  Every time he kicked it back on, it would take about 5, sometimes 10, minutes to flip. He assumed it was the breaker. One of our growers actually helped him through this. Before buying another breaker, he started moving things off the circuit. He assumed it couldn’t be the outside wiring heating up the circuit because he had that switch off. After working his way through the various legs of the circuit, he realized that one leg of the outside circuit was getting warm enough to cause the breaker to flip. It was shorting out.

According to the reference work, Diseases of Poultry, which most chicken doctors consider the “bible," the symptoms did not point to Calcium toxicity as he explains. These cases ranged from high mortality, lack of movement, tumors, lack of feed consumption and various other affects.

After eliminating many potential causes, Dr. Stayer and his team were able to narrow down the root causes through collaborationandelimination. The problems ranged from incorrect feed to mishaps at the feed mill.

One of the episodes actually was occurring after the breeders were given the regularly scheduled vitamin supplement and egg shells. Fast forward through a number of tests and processes and they found a slight variance in the feed formulation. This then caused the egg shell supplementation to have an adverse effect on the birds.

They made the corrections and got the growers back on track.

They used those three steps scientifically—patience, observation, elimination—and they added collaboration in, too, because no man is an island. We’re better when we work together.

If doctors can sometimes struggle to diagnose problems, then you know WE can have issues as well.

Here’s another example of problem solving. Allen had a grower call about the same time he read the article from Dr. Stayer. The farmer's mortality was starting to climb in only one house. His service tech didn’t have any answers, and he was trying to figure out the problem. Allen began to ask questions may have seemed obvious, but he did that because one of the biggest roadblocks to diagnosis is assuming.

It doesn’t matter if you’re trying to figure out why the tractor won’t start or why the birds are dying. When troubleshooting—never assume anything.

After more discussion of his “observations,” he realized that this increase in mortality was only in a quarter of the back of the house. Not knowing the exact cause, he was at least able to focus his attention on what was different about that section of the house. Same water lines, same feed lines, but the litter in that section may not be the same as the rest of the houses. Maybe this was the difference...the floor.

It did not look like dermatitis, but dermatitis can sometimes have that effect. Two birds one day, ten the next day, 35 the next—all in a corner of the house—and the rest of the birds in the house seemed to be perfectly fine. He approached it from the idea that there could be a growing bacteria problem in that section. He dealt with it accordingly, and the mortality went down immediately.

We will never know for sure, but by patiently taking the time to observe everything and then by process of elimination he was able to develop a pretty good strategy.

NEVER ASSUME. Ask tons of questions, and sometimes, get another set of eyes on the situation.

Need help with a problem on your farm? Connect with Allen Reynolds, at 800-608-3755 or allen@southlandorganics.com. Don’t forget to subscribe because we are constantly adding great, educational content to help you keep your farm healthy! 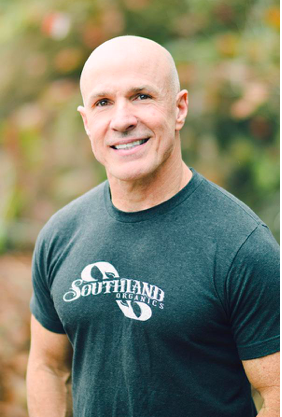